You are here: Home » Cannabis Grow » Indoor cultivation of cannabis

The cost input is paramount and needs to be based on the size of the operation, other than that, modern cannabis cultivators have little need to deal with the unpredictable natural environment. Complete indoor cultivation minimizes climatic problems, phytophagous and carnivorous insects, pests and fungi, productive (in terms of photosynthesis) time lost due to the night, and certain risks in terms of safety. In addition, cultivation conditions can be intensified to levels unattainable under optimal outdoor conditions. For example, carbon dioxide concentrations can be increased to levels last reached in the early days of the planet, but which plants still "remember" how to use.

Large-scale indoor cultivation is practiced by organized crime groups and many cannabis consumers in developed countries. For example, a survey of regular cannabis users in the UK showed that the majority of respondents (63%) had tried to grow their own cannabis plants. Of these, 34% used only descent-based seeds to grow cannabis, and 43% used descent-based seeds as at least one source for their cannabis cultivation. The remaining 13% used only plugs, and 20% used plugs as at least one source for their cannabis cultivation. Only 18% were engaged in outdoor cultivation only, compared to 54% who were engaged in indoor cultivation only. Fewer than 10% used solution culture techniques as one of their cultivation techniques. 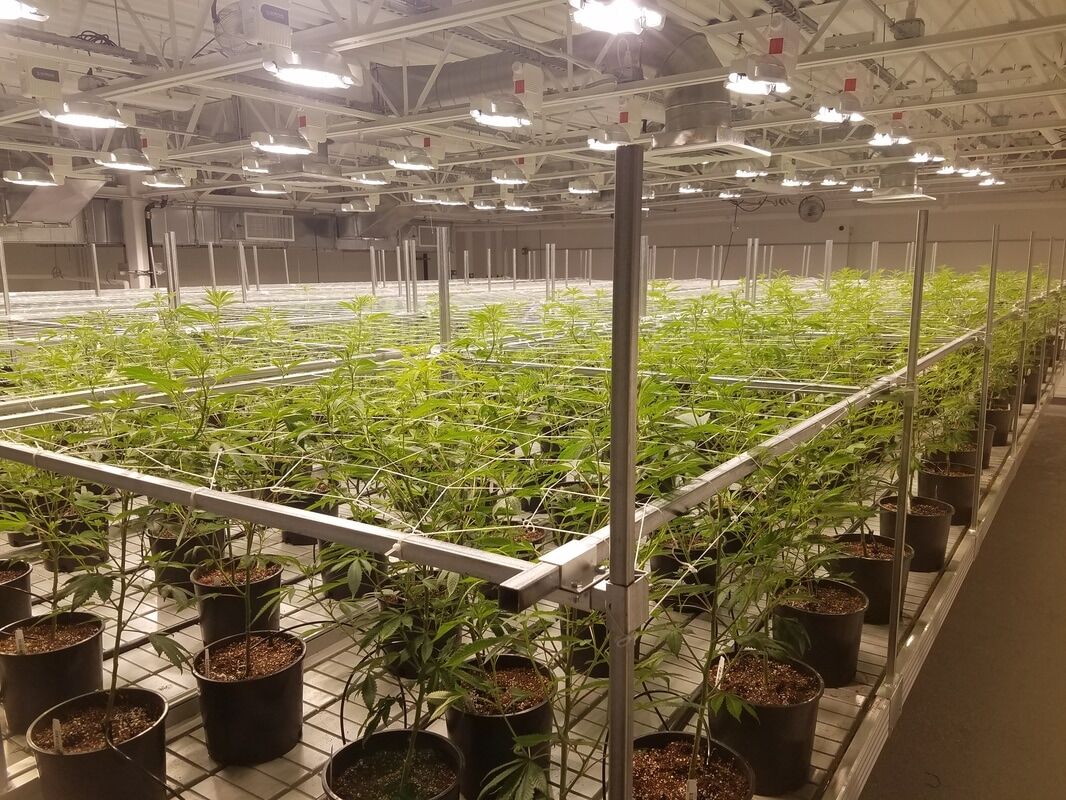 Of course, not all growers used the full range of techniques available, and some indoor growing operations had little to no technology to speak of during the first few decades of windowsill cultivation. Depending on the segment of the market they were targeting, some growers may not have adopted the best technology in order to keep overhead costs low. Indoor grows also range in size from fully equipped stand-alone production units, to storage or bedroom grows, to entire warehouse-sized grows. In Canada, growers have assembled entire train cars and containers for indoor cannabis production and buried them underground to avoid detection. Some cultivation techniques take the approach of combining indoor and outdoor cultivation at different stages of the cannabis life cycle, including the use of greenhouses, because of the reduced inputs.

In discussions with cultivators in Amsterdam, Netherlands, it was noted that the use of carbon dioxide, although once popular, is now in decline. In order to maintain the CO2 concentration, the growing room must be sealed. This created heat and humidity problems and required additional air conditioning and dehumidifiers. Ultimately, the increased production doesn't seem to cover the expenses. Most large-scale cannabis growers today emphasize ventilation over the addition of carbon dioxide.

Indoor growing - To grow indoors you need: light, water, nutrients, CO2, a good environment and security. Establishing a good indoor environment for growing plants is very difficult, especially when you have to grow a large number of plants in the house. To take away the heat generated by the powerful spotlights and to reduce the problem of high humidity due to the large number of plants per square meter, you need a powerful ventilation system that can extract at least 6,000 M3 of air per hour. This kind of ventilation equipment needs a relatively large ventilation entrance and exit, not only by the outdoor will see the equipment, but also hear the sound of operation. In addition, if the temperature inside the house is very high and the ventilation equipment is left on for a long time, the relative humidity inside the house will often drop to 10% or 15%, which can harm or kill plants, especially young plants. To prevent this, a water machine can be used. But on the other hand, water machines create other problems because the water can destroy the carbon filter. However, I think it is best to have a problem and then figure out how to fix it, because different plants have different problems and different solutions, regardless of how large or small the planting is.

Growing on a shelf - Putting on a shelf and using the white light from a fluorescent lamp to grow cannabis is also possible. The top of the plant needs to be kept at a distance of 5 cm from the light. Therefore, the height of the light or the plant needs to be adjustable. The main reason for growing on a stand is to keep the plants small and speed up the flowering time. Another advantage of this method is that you can plant in multiple layers. It is important to have enough lights on the shelf, otherwise the plants will grow long and young. 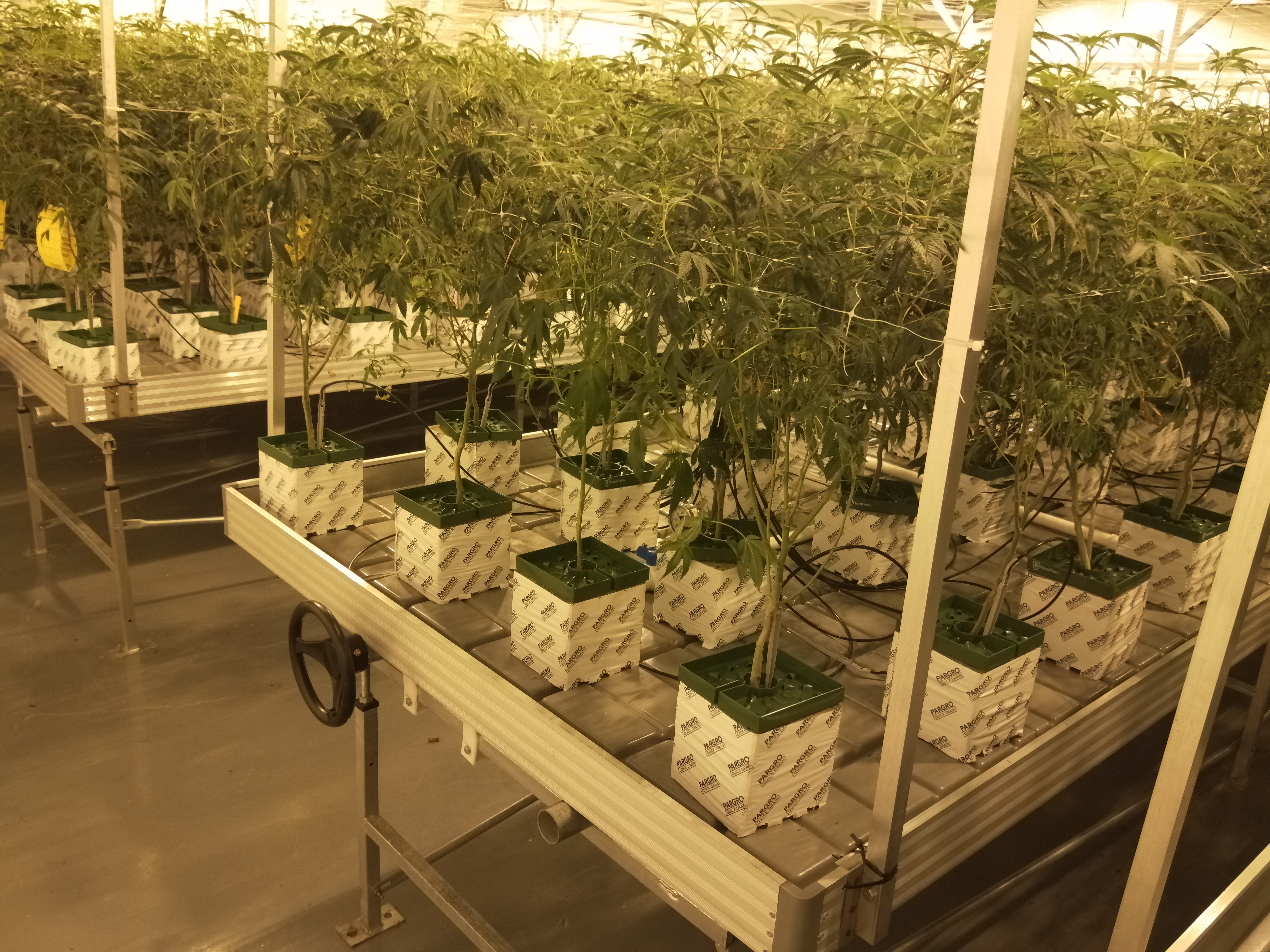 Advantages of planting on shelves.

- Many can be planted per square meter.

Disadvantages of growing on a shelf.

- Bulbs grown with fluorescent lamps are smaller in size and of lower quality than HPS bulbs.

Currently, asexual propagation on shelves with fluorescent lamps is very popular because asexual varieties do not grow taller while rooting, so there is no need to adjust the height of the lamp. The advantage of using shelves for growing asexual varieties is that a large number of plants can be grown in a relatively small space. In addition, fluorescent lights can be used for germination and early seedling growth.