You are here: Home » Cannabis Grow » How to distinguish male and female marijuana?

How to distinguish male and female marijuana?

If you grow medicinal marijuana, you have to learn to distinguish male and female plants. Almost all growers prefer to grow female marijuana, because only females can grow flower buds that can be used as medicine. In contrast, male plants have low efficacy and low THC (tetrahydrocannabinol), which are generally only used for seed retention. 2. Plants can be inspected regularly from July to September to judge their gender. If male plants are pollinated, they will seriously reduce the yield of female plants. Because once fertilized, the female plant will use all its nutrients to seed rather than produce THC, resulting in lower yield. If you plant indoors, you can easily check the plants often.

You need to carefully examine each marijuana plant and judge their gender, because even if there is only one male plant, its destructiveness will affect your harvest.

If it is planted indoors, male plants generally reveal their gender 7-10 days earlier than female plants, and 3 weeks earlier outdoors.

But if you want to grow new plants, don't touch the flowers;

Female plants also have these flower buds, but they have long translucent filaments on them. If you see only 1-2 flowers on the plant, wait and see if they will grow other flowers.

4. Any hermaphroditic plant should also be treated as a male plant. Two sexual organs may grow on the same cannabis plant. If you see any male buds, you have to cut them off, or they will also release pollen and affect the harvest.

Hermaphroditic plants don't need to stay, because if you don't pay attention, their pollen will affect the harvest.

5. Pull out the male plants and throw them away unless you want to keep them. When you are sure that a plant is male, you have to pull it out, otherwise it will destroy other plants. Don't try to just cut off the buds, because even a few missed fish will seriously reduce the yield. Although most growers throw away male plants directly, some will keep them for reproduction. When throwing away male plants, don't come into contact with female plants, and make sure that the pollen left on your clothes or hands doesn't come into contact with female plants. 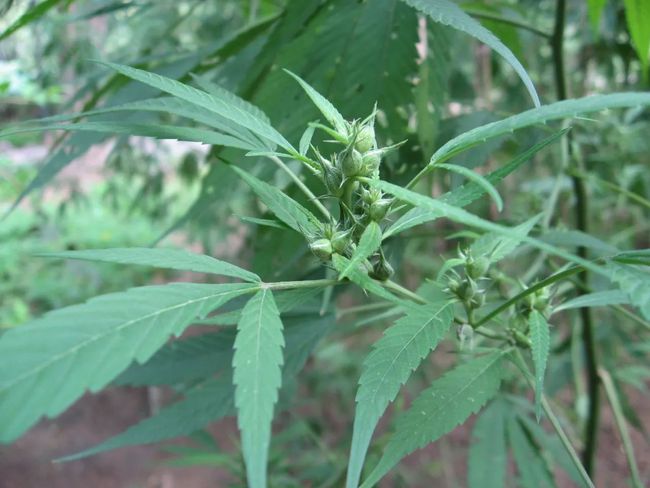 1. Let the plants grow for about six weeks, and then judge their gender. As like as two peas, the hemp plants looked exactly alike in the first six weeks. After six weeks, when they grow flowers and bones, you can tell their gender.

You can buy "feminized" seeds, which basically ensures that all plants grow are female. But there are accidents occasionally, so we should keep a close watch to avoid mixing individual male plants.

2. Note that the leaves of female plants are fuller than those of male plants. Therefore, when identifying mature male and female plants, the simplest way is to decide according to their density. In addition, male plants have stronger stems and fewer leaves. Female plants of the same species are shorter, denser and have more leaves, especially at the top.

3. Check whether there are small and translucent filaments at the joints of the plant. When the female plant matures, it will bloom. At the junction of the branch and the trunk, you will see small, translucent filaments, which are the symbols of female plants. These filaments grow from small teardrop shaped flower buds at the joints. Usually, the gender of the plant can also be identified by some newly grown branches and leaves.

Male plants have smaller flower buds, also known as pollen sacs, but do not have filaments similar to female plants.

If the plant grows both pollen sacs and filaments of female plants, it should be regarded as your male plant.