In 2020, Brazil's grain output will be 239 million tons, accounting for 7.8% of the world's total. It is the fourth largest grain producer in the world, after China, the United States and India. In the past 20 years, Brazil's total export volume has reached 1.1 billion tons, accounting for 12.6% of the world. "Soybeans, corn, cotton and meat have become active exports due to growing foreign demand and will continue to do so in the next few years," the researchers said The increase of world population and income, especially the demand of Asia represented by China and India in the future, will become the main driving force to increase global demand. 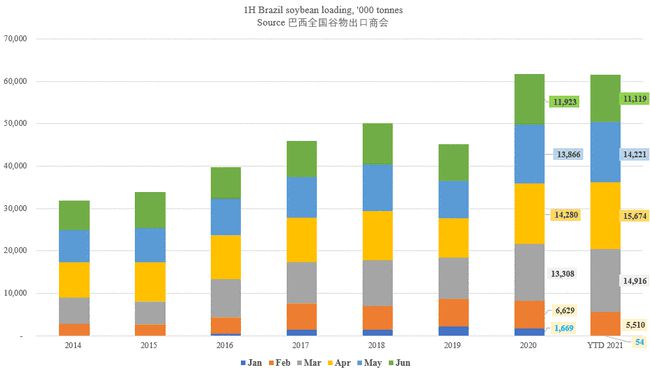